Braddan school girls football team competed in the IOMFA girls tournament with coaching from the Island’s former women’s captain and Keystone Law IOM Director, Gill Christian. The competition took place on Friday 29th April between 1:00-4:00pm at the NSC bowl with a number of primary schools including Anagh Coar, Cronk Y Berry and Braddan all competed with Cronk-Y-Berry A team winning the cup.Despite being pipped to the post for the trophy, the girls thoroughly enjoyed competing in the tournament. And they certainly looked the part in smart red kits complete with Keystone Law logo, courtesy of the Douglas based firm.Gillian Christian director of Keystone Law Isle of Man said: “Keystone Isle of Man is dedicated to supporting local causes within the community as this is where many of our clients live and work. Girls’ football is constantly growing in popularity all the time and we were really impressed with the team’s performance at the tournament.” 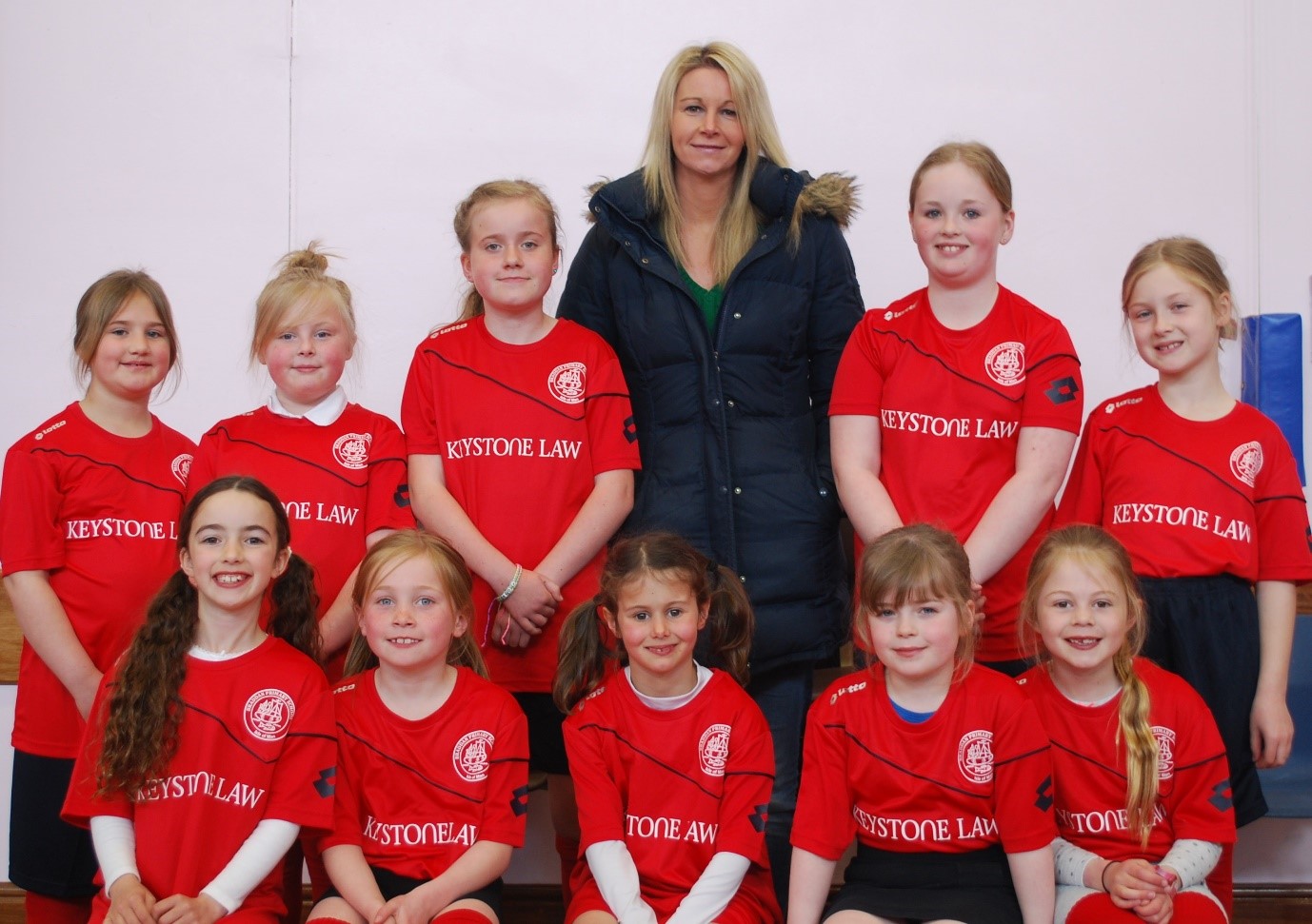