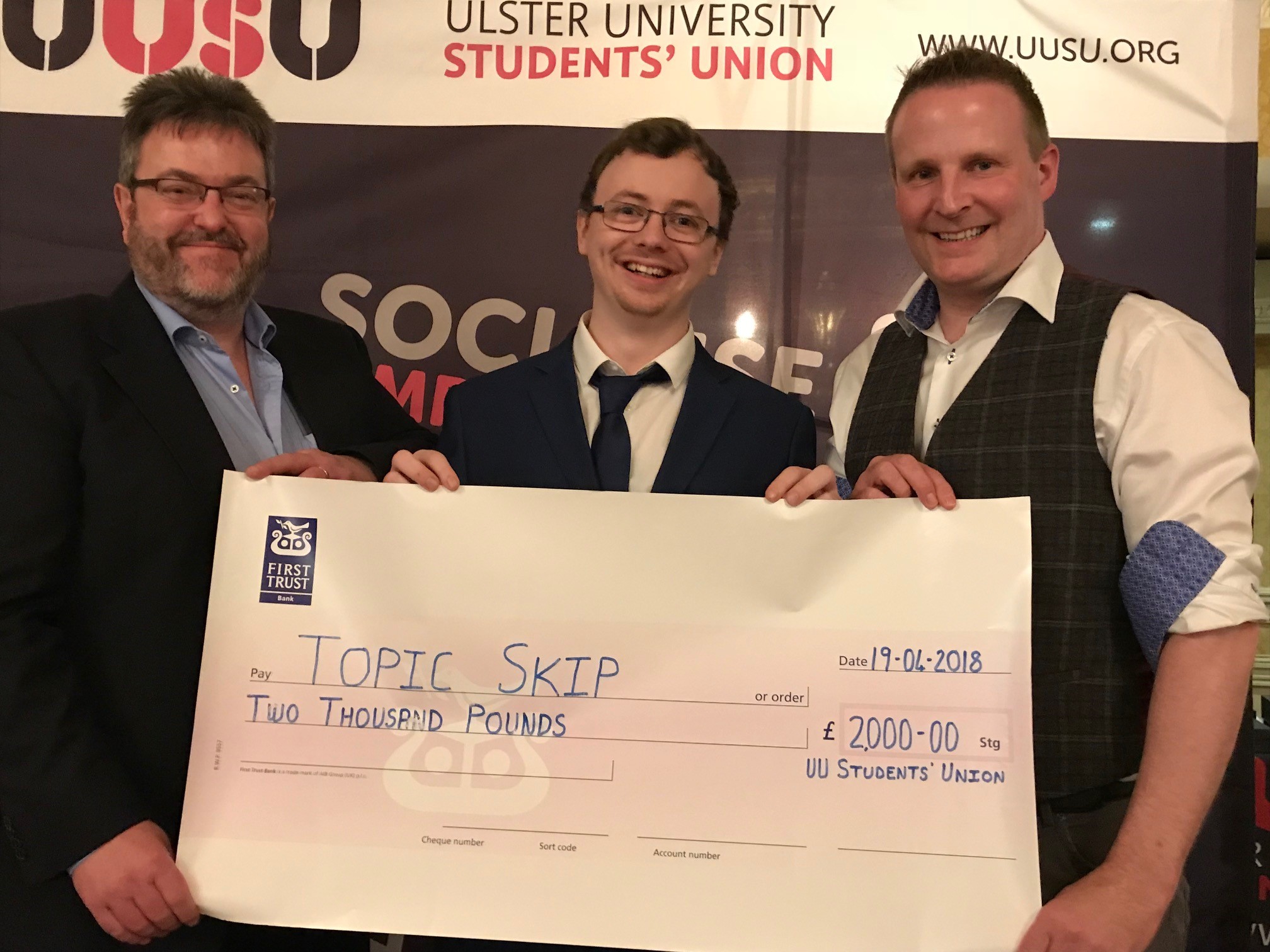 Maurice McErlean, a final-year student studying Interactive Multimedia Design at Ulster University, won the first prize of £2,000 start-up capital for his concept TopicSkip, a web-based video content solution that allows users to add timestamps to videos that have been uploaded or are already hosted on YouTube.

The UUSU Shark Tank competition received a wide range of applications ranging from a vegan food van, an app to identify the most suitable personal trainer in an area, a solar charger, and drone photography.

Students from across all Ulster University campuses pitched to the panel of sharks to win the £2,000 prize on offer.

Twelve entries were shortlisted, and students pitched their ideas to the panel of sharks in March.

“I was extremely honoured to have been selected to join the judging panel for Ulster University’s Shark Tank competition. TopicSkip is a worthy winner of the best start-up competition in the country.”

“I’m thrilled to have won the inaugural UUSU Shark Tank award. The competition was fierce, and the sharks asked probing questions about TopicSkip and my plans to develop the service. The £2,000 of capital will really help me to further innovate its features and push it out into the marketplace.”

“It’s been great to discover the creativity of Ulster University students right across the breadth of faculties and campuses. Both myself and the sharks were really impressed by the level of innovative thinking and business acumen demonstrated. For some students, Shark Tank encouraged them to take the first steps in their entrepreneurial journey, while we discovered others who had already set up businesses and were running them in parallel with their studies.

“All students who engaged in the competition in any way now have the opportunity to avail of one-to-one mentoring from the Ulster Business Institute in partnership with UUSU Enterprise Centre. Shark Tank will be back next year and we look forward to nurturing the amazing ideas and innovations of talented students willing to dip their toes in the entrepreneurial tank.”