A consultant in the Media team, Lawrence is one of the leading litigators in the media industries in the UK, advising on both media and commercial disputes.

Lawrence has extensive knowledge of all areas of the entertainment and media industries, including music, television, film, publishing, sport and interactive entertainment. His expertise covers a broad range of disputes and he has represented many high-profile individuals and corporate organisations. Lawrence has also advised a number of syndicates and company insurers in film insurance claims in the Commercial Court. He is a member of both the British Association of Sport and Law and the International Association of Entertainment Lawyers. 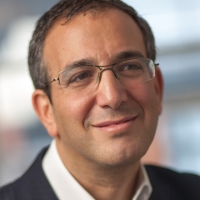 “Lawrence Abramson has built a good reputation for his music work, especially in music rights litigation. He is lauded for his technical prowess and for being collaborative rather than prescriptive. Clients speak of him as quick, cost-effective and thorough in his dealings”. Chambers UK 2013

He is also recommended as a legal expert in Media & Entertainment by the Legal Business Legal Experts 2012 and by the Legal 500 2012 which highlights his “pragmatic and responsive” approach.

Lawrence is on the panel of approved Independent Film and TV Alliance (IFTA) arbitrators.

Lawrence qualified as a solicitor in 1988. Prior to joining Keystone Law in 2014, he worked at the following firms: