Malcolm is an experienced all-round contentious and non-contentious employment and labour lawyer with over 40 years’ experience. He is dual-qualified with significant legal practice experience in both England & Wales as a solicitor and also in the State of New York as an attorney and counsellor-at-law.

Malcolm represents individuals and businesses of all sizes from start-ups to Fortune 500 companies on a complete range of employment and labour issues. He also has extensive experience of advising on UK and EU matters involving US parties or parent corporations.

Complimentary to his employment practice, Malcolm has spoken on and advised US multinationals and UK businesses on the issue of EU and UK data protection law relating to employment and HR. In addition to advising clients, during his practice years in New York, as a dual qualified lawyer, he spoke and wrote on the then new 1995 Data Protection Directive and later the development and creation of the original US-EU Safe Harbor Framework. More recently, as part of a Brussels based European employment and labour group representing major US and UK multinationals, he spent several years lobbying at EU and national level on the proposed GDPR raising and discussing, at an early stage, what later became contentious issues.

The impact of Brexit on employment and labour in the UK 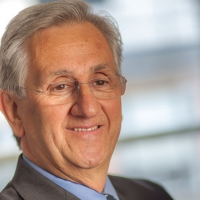 Malcolm qualified as a solicitor in 1975. Prior to joining Keystone Law in 2015, he worked at the following firms: