Nicole is a dual-qualified arbitration specialist in both the UK and New Zealand. Her practice has a particular focus on international and domestic arbitration and related court proceedings, including enforcement of arbitral awards and challenges to arbitral awards. She has considerable experience in the energy, oil and gas and related infrastructure fields, as well as in shareholder disputes, distribution agreements, telecommunications and financing issues. Having acquired an established network of contacts in New Zealand and Australia, Nicole has also developed a significant Russian and CIS client base, working on disputes arising out of investments in Russia, the UK and elsewhere.

She regularly appears as an advocate in institutional and ad hoc arbitrations (including arbitrations governed by the LCIA, ICC, UNCITRAL, CIArb and ICSID Rules. Meanwhile, Nicole also works in the area of climate change justice, including proceedings to hold national governments to their international climate change obligations.

Nicole is an editor on the ICC Taskforce on the Recognition and Enforcement of New York Convention Awards and is the New Zealand Rapporteur for the Taskforce. 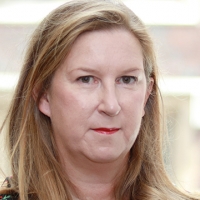 Fellow of the Chartered Institute of Arbitrators (UK)

Nicole qualified as a solicitor in 1993. Prior to joining Keystone Law in 2006, she worked at Clifford Chance.