Peter has over 35 years of experience helping clients pursue complex commercial disputes. During the past 20 years he has developed a specialist practice resolving disputes within partnerships, LLPs and private limited companies. Peter also advises on the drafting of partnership, LLP and shareholder agreements and other partnership, LLP and company issues and transactions.

Powerful equitable remedies on the breakdown of business partnerships: a review of some important 2016 judgments 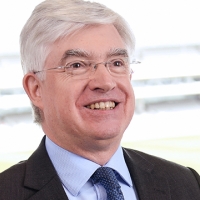 “Peter is an extremely good partnership specialist who is a great pleasure to deal with and extremely hands-on.” Chambers UK 2023

“Peter Garry is a superb partnership lawyer. He commands confidence and knows the law extremely well. He is excellent at delivering for clients.” The Legal 500 2023

“He is very good on partnership law.” Chambers UK 2022

“Peter Garry is an exceptional lawyer and a great alternative of the same quality of partnership practitioners at better-known firms.” The Legal 500 2021

Peter Garry of Keystone Law has considerable experience in partnership disputes across a wide range of sectors, including legal, private equity and retail matters. Clients praise his “comprehensive knowledge of partnership law” and also add: “His responses were always swift and thorough, and he has an approachable manner.” Chambers UK 2019

Recognised by the Legal 500 2018 for Partnerships

Peter Garry of Keystone Law has practised in the contentious partnership space for over 20 years, and is characterised by one interviewee as “the complete litigator – a hugely experienced, true partnership practitioner who’s ready to roll up his sleeves and get tough if necessary, but also has a sensible, measured approach.” Chambers UK 2018

Peter Garry of Keystone Law is recognised for his expert handling of a broad range of partnership and LLP disputes. Garry also has experience of boardroom and shareholder disputes. Chambers UK 2018 and 2017

Peter Garry of Keystone Law is well established in the partnership and professional practices field. Sources commend him for being “solid, practical and not afraid to be tough – he tends to get it right.” Chambers UK 2016

Peter Garry of Keystone Law commands respect for his long-running partnership practice. A client states: “His advice was solid and practical, and he was very supportive. He was excellent at identifying which elements of the dispute were important.” Chambers UK 2015

Peter Garry of Keystone Law acts for a mix of professional and non-professional clients. He is described as “a leading light in the partnership area” and predominantly advises on partner disputes, including partner exits and claims by former partners. Chambers UK 2014

Peter is a “strong negotiator “; absolutely excellent lawyer”; “hands down better than the legal team on the other side of the dispute…did so well for me” Chambers UK 2012

Peter qualified as a solicitor in 1981. Prior to joining Keystone Law in 2012, he worked at the following firms: