Robert is a highly experienced solicitor specialising in all forms of licensing and gambling issues for operators and landlords. His clients include one of the most prestigious concert venues in the country, well-known nightclubs in the West End, gentlemen’s clubs across the country, music festivals including the Secret Garden Party, and sports venues for cricket and football. He has dealt with all aspects of outdoor music festivals including working with safety advisory groups in the planning and setting up of large events such as Gay Pride.

Robert also acts for a number of leading sexual entertainment venue operators, both independent and multi-national brands around the country, and has been actively involved in dealing with local authorities in their determination of sexual entertainment venue policies.Robert is a solicitor advocate and is able to represent clients in the higher courts. During his career he has held roles which have provided him with great insight into and understanding of the court system, including Licensing Justices’ Clerk for North and South Westminster for a number of years. Robert is also a Fellow of the Institute of Licensing. 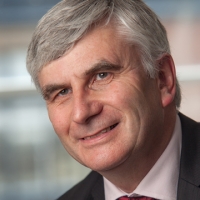 Brexit and booze: what leaving the EU could mean for the pub trade

“Marcus Lavell and Robert Sutherland have real in-depth knowledge of the licensing industry and a strong understanding of the public law principles which apply to licensing matters.” The Legal 500 2021

Robert qualified as a barrister in 1985, as a solicitor in 2011 and as a solicitor advocate in 2013. Prior to joining Keystone Law in 2014, he worked at the following firms: