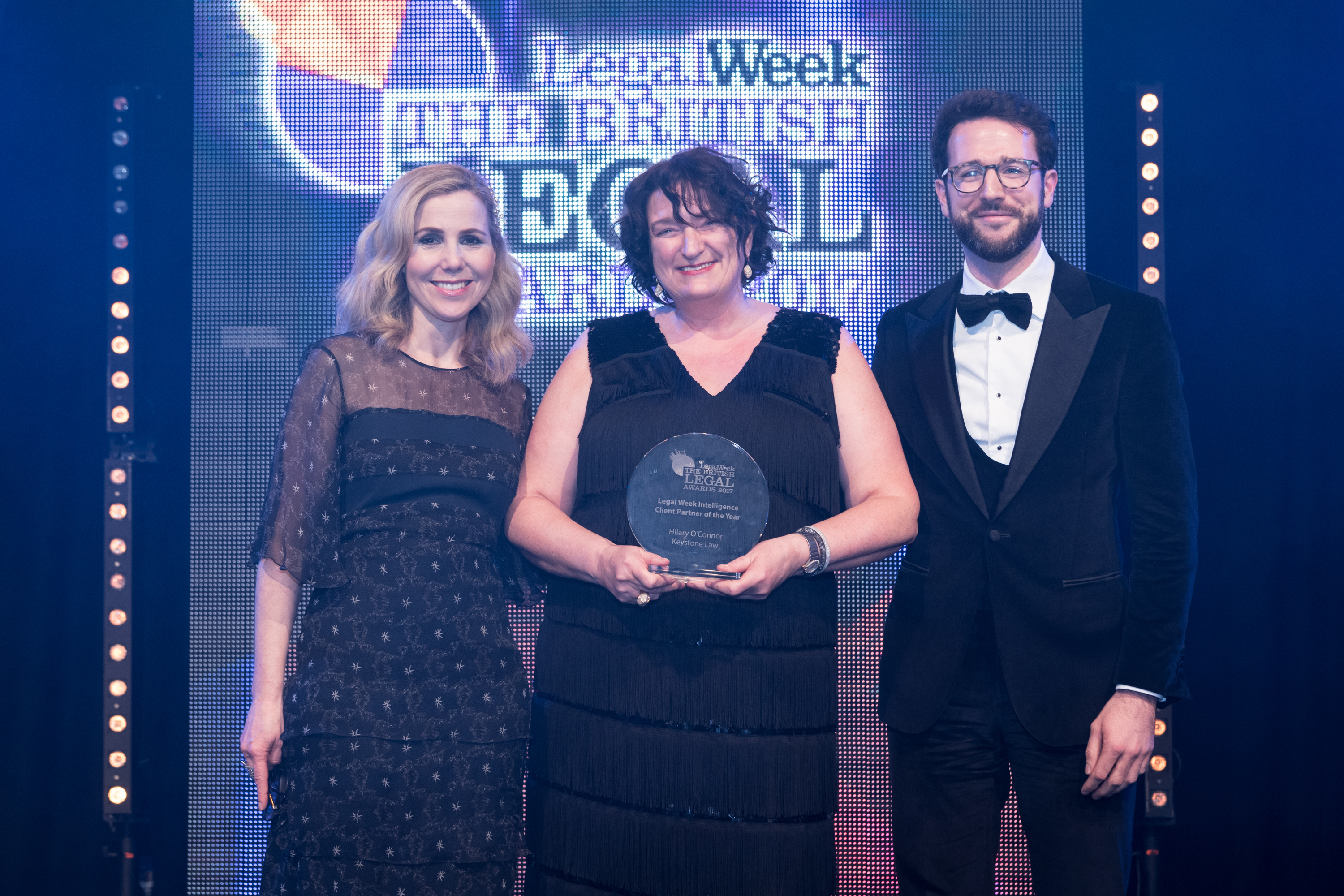 The foundations for the award were based on Legal Week’s Best Legal Advisers report. As part of the research for the report, clients were surveyed on their satisfaction levels with their chosen law firms. Votes were cast across a variety of areas including quality of service, billing, innovation, teamwork. In addition, each respondent was asked to name an outstanding client partner for which Hilary garnered the most votes.

News of the win was announced at The British Legal Awards, held on 30 November. The event serves as a showcase for the achievements of the legal sector. Hosted in association with The City of London Law Society, the glittering awards ceremony took place was attended by 1,000 lawyers, representing the cream of the UK’s legal community.

Hilary O’Connor said of her win:

“It is an absolute privilege to work with such great clients and I am honoured that so many mentioned me in Legal Week Intelligence’s research. At Keystone Law our clients are front and centre of all we do and this award is testament to that.”